For those of you who continue to set goals and crush them, we’ve created the next level of Genuine Cellucor C4 with Creatine Nitrate. The greatest competitors in the world all have one thing in common—A DRIVE AND ABILITY TO PUSH THEIR LIMITS. They don’t back down from a challenge, and they know that the only way to reach higher is to keep moving forward. 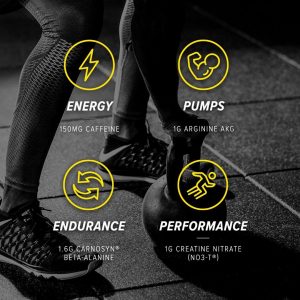 Cellucor C4 in Australia was the blast heard around the world when it launched in 2011. It’s helped gym junkies,
weekend warriors, and competitive athletes everywhere rise to become their own versions of legendary.

The Fourth Generation C4 is the next level of innovation and refinement. Its formula is now more dialed in, more potent, and includes the breakthrough ingredient, TeaCor™ for improved energy that comes on quickly and lasts longer.*

The taste of C4 when you take a sip. The tingly sensation you feel as it travels through your body. The surge of motivation that hits you at the perfect moment– right before you’re about to hit your workout…the only word to describe it is explosive.

Everything you love about your favorite pre-workout lives on, and the next chapter of your most epic workouts has just begun.

Looks like C4 Extreme has been replaced with a new formula earlier this year!

Below is the comparison of the old (left) and new (right) Cellucor C4.

The new C4 is quite similar as you could see from the labels. The new formula has an additional 15mg of caffeine and two new ingredients, Theacrine and TeaCor.

GEN4 C4 has also added an extra 100mg of beta-alanine, an ingredient which causes paraesthesia (the ‘tingling’ sensation in pre-workouts).

Beta-alanine has been shown to enhance muscular endurance, with many athletes report being able to perform extra repetitions in the gym when training with high volume. Beta-Alanine has also been shown to improve moderate to high intensity endurance training such as rowing or sprinting.

When consuming beta-alanine, it turns into a molecule known as carnosine which acts as an acid buffer in the body.

This is another form of creatine where the molecule is found in the nitrate group. There has only been a few studies on this ingredient on its effectiveness, therefore it’s not necessary to continue any further with this.

Also known as Arginine Alpha-ketoglutarate is bio-available form of arginine, an amino acid typically found in our diets. It’s very popular among the bodybuilding athletes as it directly produces nitric oxide. Unfortunately, the effects appear to be unreliable in healthy adults.

Due to poor absorption of arginine, it appears that supplementing l-citrulline or agmatine sulfate is the better option for boosting nitric oxide.

The new cellucor has a lower dosage of energy blend due to the removal of vitamin C.

NALT is a soluble form of L-Tyrosine which is an amino acid that’s used to produce noradrenaline and dopamine.

Consuming NALT could support performance from both your brain and body by reducing stress and stimulating your mind and improving neural communication.

Unfortunately NALT is below the recommended dosage.

Stating the obvious, caffeine is used to increase alertness and wakefulness. There’s an extra 15mg in the new GEN4 C4 compared to the old version which is great for those who want more of a kick!

Is a bean that grows on trees which is a good source of L-Dopa, a precursor to dopamine, a neurotransmitter that helps signal between nerve cells of the brain.

Although we can’t tell the difference in the dosages of Velvet Bean, it appears to be useless as studies suggest you need a higher dose to have any effects.

Theacrine is an alkaloid molecule similar to Caffeine. Basically a modified version of caffeine. At the moment, there’s not enough research on Theacrine so we can’t say how useful it is in a pre-workout.

There are no reviews yet.

Only logged in customers who have purchased this product may leave a review. 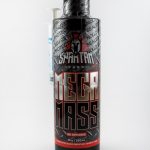